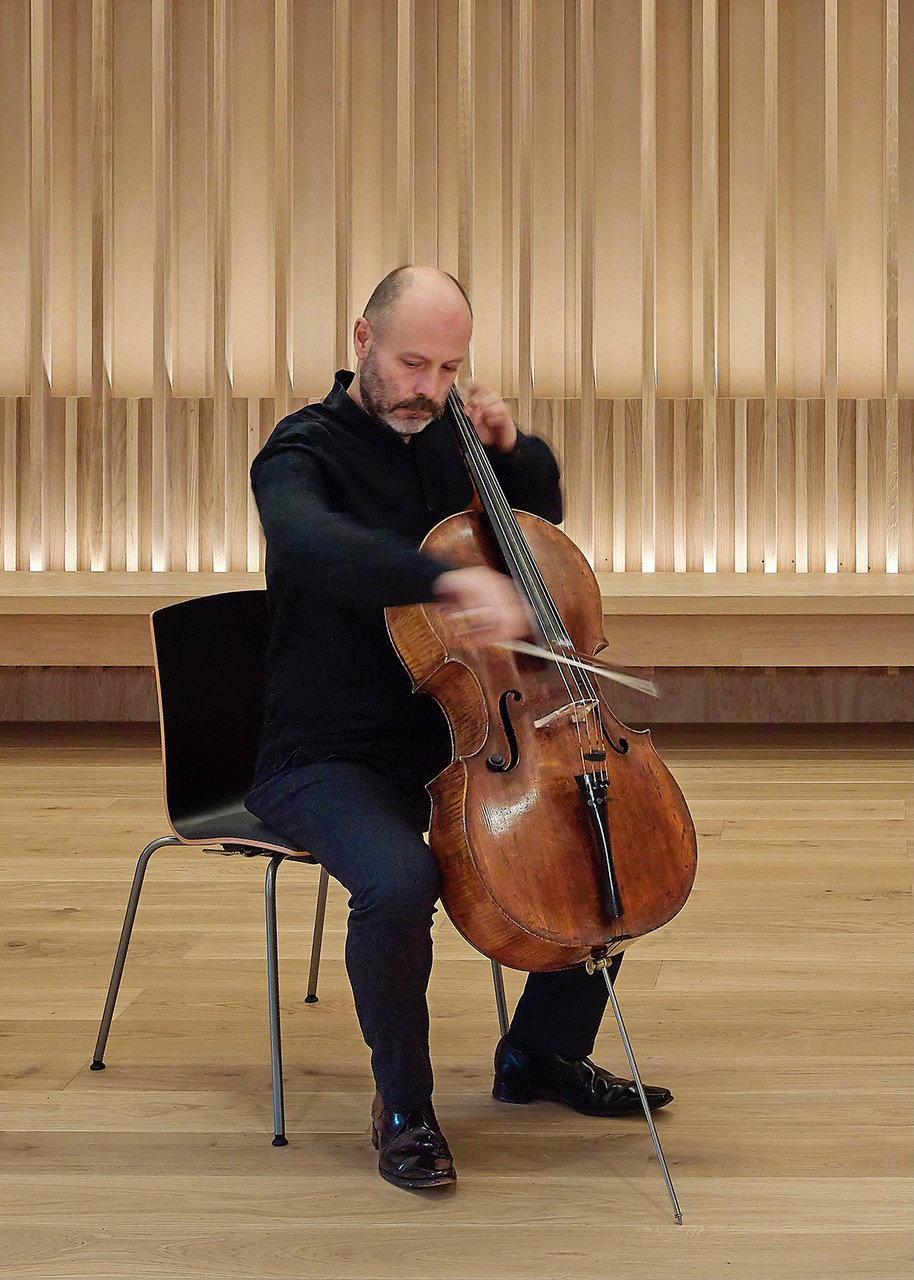 Simon Turner first came to Slaithwaite to poke his nose into the newly-opened Handmade Bakery: three years later he was on sabbatical from the Hallé Orchestra, living in the village and getting up at 3 a.m. to make bread, croissants, cakes, salads and even the odd doner kebab. When the year was over it was a difficult choice to make between late evenings in tails or early mornings covered in flour, but finally, music won out.

Since then he has combined his job in the Hallé with performing concertos with several local orchestras around the northwest, chamber music with his own Chagall Ensemble and guesting with other groups, notably Manchester Collective.

Two years ago, the lure of Slaithwaite, its people and even its bread, proved too strong and he moved back to the village. The Colne Valley has been a fantastic place to spend lockdown, walking, cooking and practising, and is now topped off perfectly with the opportunity to play with the Slaithwaite Philharmonic.